There is no denying over the past few years the AMG Mercedes team have dominated; Lewis Hamilton has been the 'Driver to beat', however, that's not to say he hasn't been beaten, and cannot be beaten. A decent car with a decent competitive driver and it's all to play for. This season promised a battle. Red Bull Racing have got themselves a semi-decent car and in their number 1 seat they have a pretty decent driver. A driver who one day could easily be a multiple world champion. On Sunday, just 6 days away from now, he will most likely be crowned the F1 champion. The circumstances of that win are yet to be determined, but if this past weekend, and most of this season are anything to go by, it will be a pretty hard fought, and dirty race.

I was around 5 when I watched my first F1 race. As my Dad was a massive football fan (who loved a good horse race, and occasionally watched Cricket, Darts and Snooker) but who couldn't stand motor racing (he did love a bit of a banger racing though) I had to have been with my cousin and Uncle. Although they were/are more into their superbikes, they both like a bit of F1. 2 names - Niki Lauda and Emerson Fittipaldi - were driving that day. I remember trying to say Fittipaldi when I saw it on the screen, and whilst I was good at reading at such a young age, my 5 year old brain really didn't have much of a clue what the letters meant. As I got older and paid more attention names like Frank Williams, Graham Hill, Jody Schecktor and James Hunt became engrained on my mind; people who became a part of my life, which to a youngling was odd as I never met any of them. I loved my football (because of my Dad, and enjoyed spending my time on the terraces at every chance my Dad got to have a day off on a match day) but F1 had something different; it had an edge to it. These men were driving in cars like the go-cart my cousin and I would pound our local roads in, but unlike us, when we crashed we might have got a bruise on an arm, or leg; when the drivers I was watching crashed, they could easily have been killed. F1 was a dangerous sport, and I loved it.

Throughout my teenage years I was watching Prost, Mansell and Piquet battle it out. Ricardo Patrese held a special place in my heart - no idea why. In the same way Fisichella did years later. In 1984 Ayrton Senna made his F1 debut and the sport went up a notch. I loved nothing better than a race weekend, watching Prost, Senna and Mansell battle it out. My goodness they knew about hard racing (and occasionally overstepped the mark) but for the most part these were times when drivers gave it their all without being stupid with it. They'd go for a gap if they thought it safe too - not always getting it right. Mansell winning at Silverstone was a great moment. For all their battles though, for all the punches which flew in the pit lane after a race (which happened often) they had a respect for each other; the teams bosses had a respect for their opposition. They were good times. 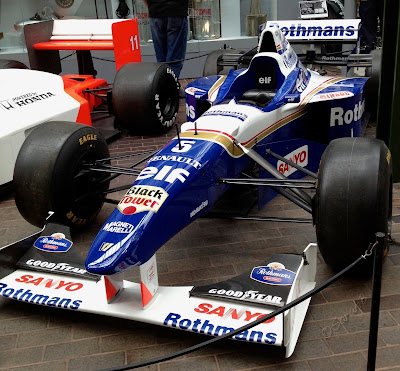 Then came the 90's and things changed a little. The death of Senna seemed to ripple throughout and F1 fell into a bit of a lull. The big personality drivers had all retired and we were left with the mediocre. It was great when Damon Hill won the world championship but it wasn't as enthralling to watch any more. The deaths of Senna in F1, and Paul Warwick in F3 saw tracks being tightened up, made more 'safe' and that is not a bad thing. My goodness their deaths could have been avoidable but in making them safer something got lost in the racing. We also lost a lot of the characters. It all became very samey.

Then the age of Schumacher arrived and there was hope that we were moving back into a competitive era; that hope produced nothing but disappointment - unless you were a Ferrari or Schumacher fan. Don't get me wrong, he was a good driver. He was also someone who wanted to know how a car worked - in the same way Senna had - to find what could be done to make it go faster, hold a corner better. It wasn't just about getting in the car and driving but those 5 consecutive years when he dominated were the most boring of all the years I've been watching. I even found myself not getting up at the crack of dawn for the Japanese GP because I just couldn't be bothered, and that was unheard of.

After Schumacher I was watching mediocre drivers like Button win because there wasn’t anyone close enough with a decent car to challenge him. I watched some great drivers fall by the wayside because they couldn’t get a seat with a good team. F1 was becoming almost unbearable to watch.

And then came Lewis Hamilton, and suddenly F1 came alive again. Suddenly we were getting racing, we were getting drivers trying to overtake. It wasn't just the drivers; the teams suddenly seemed to step it up a gear. Everything about F1 began to become interesting again. I was watching racing, and I was loving it. Yes, there are those out there who keep whining about Lewis dominating; what short memories they have. He's won 7 titles but over a series of 13 years. 2016 when he was head-to-head with Nico Rosberg, his own team mate was one of the best seasons I've seen for years. Bahrain that year became my favourite race of this millennium; they were wheel-to-wheel on so many stretches of that track. I literally had no clue who was going to end up winning.

Yes, the Mercedes has been a good car and Lewis is a phenomenal driver, but he can be beaten. There are a multitude of other teams/drivers who can take him on, as we have seen this season with the Red Bull and Max Verstappen. My goodness, he has what it takes. The potential in him is phenomenal. He has no fear, he has a thirst for victory; he's young enough to be up there among the greats. He'll never be in the Senna, Schumacher or Hamilton league, but he is worthy of having his name mentioned alongside those greats, if, and it's a bit IF, he grows up a little, and makes the break away from Red Bull. With the right guidance the world could be his oyster. Sadly, he's working under Christian Horner and Helmut Marko; a couple of petulant and quite frankly pathetic excuses for me. Never in the history of F1 (possibly any sport) has someone whined and complained in the way Horner has this season. They are basically a couple of pricks, who instead of reigning him in, they've encouraged him to behave like a petulant drive. They are actively praising him when his driving has left a lot to be desired. I admire him taking the chances, going for the gaps because I want to see racing; what I don't want to see is someone so volatile who is acting without thinking. Under the right team, with the right boss and some decent guidance he can make it all the way, however, if he continues driving the way he has been he is going to end up killing himself; or worse, someone else. The team (Horner) would still find a way to blame it on someone else, and that is the biggest issue Max is facing. He is not taking responsibility for his own actions because the people who are mentoring him are making excuses for him, and for what reason? To win the constructors championship. They're not interested in Max, they've proved multiple times over the years they don't give a shit about their drivers; they are only interested in who can win the constructors championship for them and they don't care how they do it.

The pressure Max must be under to provide with their ultimate goal must be immense, and I personally feel it is too great a pressure for his young shoulders (we tend to forget he is still a very young man). Had he been taken on by a different team, a nurturing team, there's every chance he would have been a world champion by now, yet here he is, a puppet being operated by the slightly unhinged Horner with Marko pulling his strings. Sadly his own father behaves equally as bad; he's trying to win the championship he was never good enough to win through his son, adding even more pressure to those of the already struggling Max.

I believe he will be crowned world champion this weekend, but he can take no comfort in that. If he wins it without taking Lewis out then he will need to thank the FIA who, quite frankly, should be ashamed of themselves and the decisions they've made this season. Michael Masi should do the right thing and resign because he hasn't got a clue what he is doing - Charlie Whiting must be turning in his grave. Negotiating a penalty yesterday with Red Bull was just mind blowing. I had one of those "WTAF" moments. Asking Red Bull if they were ok with the decision. Who gives a flying fuck if they agree, they can appeal afterwards (something they do better than anyone else; they've definitely won the title in complaining this season) but to ask if they are ok with the decision is just ridiculous. Masi is not fit to the be the man in charge, and Red Bull know this. That's how I know Max will win, because the FIA seem to be kissing Horner's arse big time this season, and Red Bull know that Max can take "Lewis" out this weekend if he chooses because he has nothing to lose. Even if they disqualify him from the race he would still be crowned the champion so it's a win-win for him.

Of course, if he's not willing to take that risk they have Perez; a man desperate to prove himself to the team in the hope they won't demote him to the Alpha Tauri, and when it comes to the Tauri drivers they want a Red Bull seat so could be used to take Lewis out also.

I will be the first one back her next week holding my hands up and saying "sorry" if I'm wrong, but on this I really don't think I will be. They cannot allow Lewis to win. I think a loss could also see Horner's job on the line, and he is not going to allow that. I only hope when they do it, they don't end up destroying someone's career, or worse, killing someone. I will be watching from behind a cushion on Sunday afternoon, hoping that I am proved wrong, willing Lewis on, but praising Max if he wins it by good driving.

For those of you who are going to point out that Max got all those penalties yesterday - all of which were deserved - your argument is moot. They didn't make a single jot of difference to the result. They were given just to placate every other driver on that track (because there are others on there who are also having to deal with the driving of Max). Every penalty Lewis has had this season (most thanks to the whining of Horner) has resulted in him losing places; they have made a difference. Now tell me the FIA are in the pockets of Mercedes!! 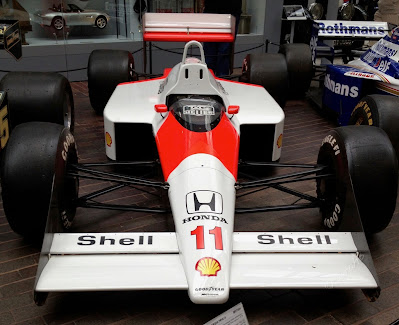