As I sit in my shop at my office desk this morning (currently 7.30am) I am reminding myself that really I'm in a little cottage somewhere, tucked away at the base of a Welsh mountain (maybe) or in a converted barn on the edge of rolling fields full of livestock; I might even be thatched cottage at the top of a cliff overlooking the Atlantic. The one place I'm trying to avoid reminding myself is that for the 2nd day running, I am at work - some vacation this is turning out to be.

I was meant to have this week off at the beginning of October; was planning to go and see my childhood best friend who I've not seen since 1994. We were going to spend a whole week together catching up on all we've missed out on; I'm sure there would have been copious bottles of wine drunk. Then someone in the media decided to scare the sheeples of this country into believing there was a fuel shortage - oddly enough that only lasted long enough for the refineries to get rid of the old fuel they had in storage so they could introduce the new fuel we now have to use; it also gave them an excuse to raise the price of a litre too!! I couldn't run the risk of getting to my friend, and not being able to get back (yes, I am aware I could have caught at train but at a cost of £160 to do so, plus having to leave my car there it's not something I was willing to do, or could afford to do). Then my Mum went and trip in the back garden injuring herself and so the week ended up getting cancelled. I rearranged for the week beginning 16th October instead.

I found a lovely little cottage in Wales that I could just about afford to pay for. It would have meant we'd not be able to go out-and-about too much but in that part of the world you can find a beautiful spot to wile away a day without venturing far at all, plus the place I'd found was on the edge of a river with a lovely little rapid section flowing right by. There would have been an abundance of wildlife to spot, it had a fabulous little terraced area where I could have set up my camera, and my Mum (who I always take with me) could have sat and watched the wildlife dart about or read a book; we wouldn't have needed any more 'spending money' so all would have been good). Then I got a call from a customer to say her Mum had passed away. 18 months before her Mum had been diagnosed terminal, came to me to order her flowers, and paid for them. I had an obligation to this family to fulfil their wishes/order; what I wasn't planning on was her funeral being smack-bang in the middle of that week, and so I found myself cancelling another week.

With Christmas fast approaching (an exceptionally busy time of year for me) I knew I had to get in a week somewhere. I'm already at that burn-out stage and would never have made it through to then without some time off; I've been working 6 days (often 7) since April and I work alone. I have just a driver to do deliveries; the rest of the jobs are all completed by me, but as a small business owner trying to run a small business in a town where corruption among the local council is rife (they have shit on me and my other small business neighbours horrendously) and with world being as it is I cannot afford anyone to help. I pay myself way below minimum wage as it is (at last could I was on £2.23 per hour). I'm not complaining though; I'd rather have my little business, fight the corruption and dirty tricks that are thrown at me and my neighbour because they want us out so our properties can go some other "business" owners who are most definitely putting their hands in-and-out of the pockets of our council, than I would be out of work, or forced into a job I hate. I've been there, done that in the past and while I was earning a decent wage, got to take 4 weeks holiday each year (oh how I miss that) I was miserable, dreading getting up in the morning and pretty much lost the will to live.

Anyway, the only week I could manage between now and Christmas due to orders I already have for the shop, was this week. The little cottage I could afford had been booked for the week so that was out of the question and anything that was within my price range were shabby properties in the middle of housing estates; not really what I picture when I think of a week away, so I planned to stay at home, use the money I would have spent on accomodation towards days out instead. Best laid plans and all that, because the week before I was notified that an old family friend had passed away. There was never any doubt they would want me to make his tributes; never any doubt that I was going to agree to make them for him, and that's how I find myself at work for a 2nd day and not out exploring the countryside, or visiting a stately home somewhere. Tomorrow I shall most likely be here too!

My Mum (bless her!!) decided that as we weren't going away and I would be home all week, she would get me to do bits-and-pieces that she wants doing (there's no being idle in our house). She's also been complaining because I'm "messing up" her routine, because although I've been in work, I've not had to work long days. I've been here long enough to do that orders and then left. I've also not let any customers in so I'm working but it's not like work at the same time. I'll probably be here again tomorrow as well, for she never cancelled my grandfather visiting and there are only so many hours in one go I can tolerate the man; also he's managed to piss my Mum off several times this week already so she's going to be in a really foul mood with him round tomorrow and I then end up having to try and keep her happy whilst wishing I could be anywhere else. I have considered maybe going to a local woods whilst he is round but it's not quite the same when you're a woman alone. I could take my laptop with me down to the beach but the battery doesn't last long on it. I considered visiting a wildlife haven then remembered how anal some of the people who sit in the hides can be and I'm just not prepared to have people huffing and puffing when I unzip my camera bag (that has happened to me several times). One guy even told me my camera shutter was "too noisy". He has the same bloody camera. I have a couple of people I could visit but I've seen them all in the past few weeks and all they have done is complain about anything and everything, most of which is totally insignificant and a complaint just for the sake of complaining, so it looks like it will be a day at the shop. It won't be quite-so-bad in a way as I can lock the door, keep the lights off and utilise the time wisely; it might mean I can get some more writing done, something I never find the time to do at home, and it can be done without distraction, but just being at work (whether I'm working, or not) takes away that whole magic of chilling out and enjoying some time away from it all. Just last week I wrote an entry about how tired I am Plum Tuckered are the words I used to describe it to friends.

As I said then, and will say again now, I know how very lucky I am; I also know better than anyone how exhausted I am. Physically I deal with constant pain each day which often affects my sleep; mentally I am so emotionally drained it's often hard not to just drop and sleep and my work bench. All I wanted was a few days break, some downtime, a chance to recharge my batteries. 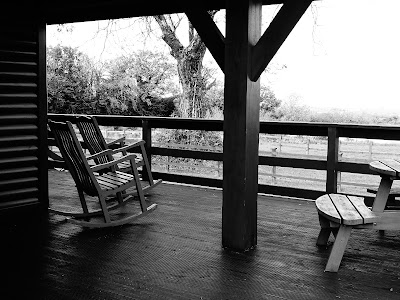