Today, is a good day

My last 2 entries were a little downhearted and basically whiny; I'm human, I have bad days, as well as good days. I make no apologies for them. I own the blog, I can write what I like, when I like. If you choose to read an entry and assume you know me from just what you've read then that's fine; you are free to make your own assumptions. Please feel free to share with me for most days I haven't a clue who I am or what I'm all about.

As I've said, unlike those previous days, today is a good day. Last night I watched something on TV which made me think about all I have and how lucky I am to have it. That's not to say tomorrow I'll feel this way, but for now I'm taking it, embracing it and enjoying it for what it is.

I'm currently sitting in the spare bedroom at home, hiding out because my grandfather is here; I'll speak to him later, much later. He thinks I'm working, and I know this makes me sound awful but if you knew him you'd not want to have anything to do with him either. He is not a very nice man. My Mum only has him over once-a-week because she's a sucker and feels sorry for him. He's my Nan's second husband - she was 25 years older than him, so he's only a few years younger than my Mum. My Nan was a vile creature; he's just an absolute pain-in-the-arse who managed to fleece my Nans money after she died. My whole life she would tell anyone who was within earshot that when she died he was to not get a penny of her money, or anything she owned. We're pretty sure there was a will around somewhere (she was anal about things) however she was in hospital before she died so he was home alone and able to find anything he may have needed/wanted. He could easily have destroyed anything. He ended up with it all. I would never have got a thing from her - she did not like me, and I despised her - her, but her and my brother were exceptionally close and she would never have not left him something, yet according to my Grandfather she left it all to him!! Don't get me wrong; he's helped us out over the years with a few things - the roof leaked and he paid to fix it for us, but sometimes the cost to repay is far more than a few pounds.

It's quite nice to have some time to myself though; I get it so rarely. Even on a quiet day at work I'm not able to relax as I know the phone the could ring at any second, or a customer could pop through the door. Up here, earbuds in, I can chill in my own little world, and right now it's a great world to be in.

I planned on finishing a course I started - 11 years ago I planned on finishing a cross stitch so my expectations weren't as high as someone else's might be :) The trouble is time is whizzing by so fast pretty soon I'll have to make my way downstairs and deal with him. One day I might even find the time to finish the book I started to write many years and years ago. Today won't be that day. 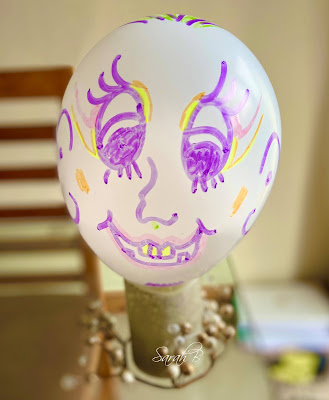