I see in the news this week that Katie Price has had an accident because she was driving drunk and drugged. Everyone, as is always the case, has an opinion, myself included.

I have seen people comparing her to that Ant from AntnDec duo saying how wrong it is people were happy for him to get away with nearly killing someone when he did it, and he has been allowed to carry on life as he did before, still winning awards because he only did it once - at least he was only caught doing it once! Others are saying you cannot compare the 2 as he nearly killed someone, she only affected herself. Then there are ones saying it's a 'cry for help' and that we should feel sorry for her, give her the encouragement she needs to get better. The #BeKind movement are shouting loud and proud about how the media have hounded her and adding to the we should be feeling sympathy for her group.

My take? Bullshit. She got behind the wheel of a car knowing she had been drinking and taking drugs. I don't give a flying f**k how bad your life is, how screwed up you are, how much help you need (and I really do believe she does need help, which I hope she gets) you still never get behind the wheel of a car if you have been drinking or taking drugs. That goes for anyone; media whore, tv presenter, footballer, or someone who has never once been in the public eye. A car (even in the safest of hands) is a moving killing machine; in the hands of someone who isn't fully alert it becomes even more so.

I do hope she gets the help she needs; I cannot imagine living the life she lives, and yes, she did court it, but I always feel people who court the attention the way she has - all these 'reality' stars who are anything but real - have to be lacking in something in their lives. I also hope once she is clean and sorted she is then locked up behind bars because had it been me, someone who wouldn't have done what she has in the first place, someone who has been stopped twice in 35 years - once because my exhaust had broken on my drive home, the other driving home late alone one night on a country road - I've never so much as received a ticket for anything, I'm pretty sure I would have recieved a hefty fine the first time, and definitely by the 4th I'd have been jailed.

I'm not perfect; of course, there have been moments when I've looked down at my speedo to see I'm going over the limit, I am only human, however, I go out of my way to keep to all laws of the road. They are not in place to piss off people behind the wheel of their car (although the BMW and Audi drivers appear to think that's exactly what they are for, or the rules just don't apply to them). They are there for the safety of everyone. Anyone who thinks different is an arse.

Do I think these 'celebs' deserve a 2nd chance? Of course, everyone deserves a 2nd chance; it's when they get to 3rd, 4th, 5th and 6th chances it starts to piss me off. She was already on her 6th ban. Sixth chances though? I draw the line at those.

For the record I also think AntnDec should have gone to prison. I think anyone caught drink driving should get an automatic ban and minimum 1 year sentence. If they do end up taking a life then they should be locked up for life, and life should mean life. 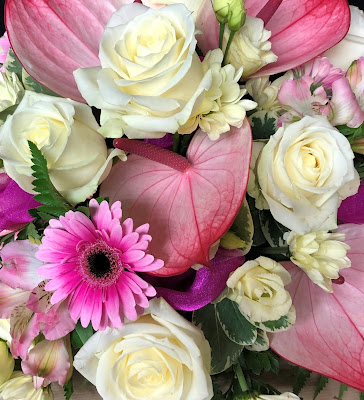