On this day, the 20th anniversary of the 9/11 attacks in the US, I have found myself watching a documentary, like many others around the world I am sure will do, or have done in the past few weeks. A lot of footage I have seen many times before, but no matter how many times I may have seen it, I still find it shocking, it still makes me feel sick, and I still cannot imagine how those people who were caught up in it must have felt. To see people hanging out of windows knowing they have just 2 choices; jump, or die from the fires burning all around them, is unimaginable to me. They knew they were about to die, and in an absolutely horrendous way. People like you, or I, going about their daily life. The families of those people, not knowing if their loved one had been killed, is inside the building, is one of those jumping to their death. The fear must have been all consuming. The documentary I watched also had footage I've never seen before, footage I'm not really sure I wanted to watch as it covered - in detail - a lot more of what happened that day, of the human tragedies; thankfully it also covered some tales of heroism and people who made it out alive against-the-odds. New footage that people living in, and around, the area had filmed themselves when the news of what had happened began to filter through.

Like most people alive that day who were over a certain age I remember where I was as it all happened. I was at work; it was just me and my boss, and as I walked through the doorway from the shop to the workroom I heard the DJ on the radio say "we're getting reports of some breaking news that a plane has crashed into the World Trade Center in New York".  At the time they seemed to believe it was a light plane which was experiencing technical difficulties. It really seemed like a minor detail. I was imagining a small 2 seater plane; the kind you see taking off from small airports on a Sunday morning. A couple of people sitting in the cockpit out for a fly. I figured maybe whomever had been flying had most likely been killed, but remembered hearing that the towers had been built to withstand a plane crash, so the thought it might have made it through the exterior and into the offices wasn't one which even entered my mind.

I'd visited New York the previous October. Eaten breakfast - bagels, of course - in a small diner just across the road from the WTC. The shadows from such a monstrous building made the street feel as though it was more evening time, than morning time. We took a trip on the Staten Island ferry and I remember being overawed at how they dominated the New York Skyline, something I'd heard about so many times throughout my life, which I was finally experiencing for myself. Back then I had a very basic camera, a little point-and-shoot with film so I didn't take many pictures. Years later I came across the pouch with them in, had a look through and realised I did have a couple with the towers in them. It was whilst visiting I'd learned about them being built to withstand a plane crash.

More information had obviously trickled through to the news networks for the reporter was now saying it wasn't a light aircraft, but a passenger aircraft. Again, it still didn't register with me that much damage could be done, and I assumed it was a tragic accident; a plane had run into difficulties either taking off from, or making it's descent to land, at one of the 3 airports around New York - JFK, Le Guardia and Newark. We had no TV so couldn't see the images that were being shown - they imprinted into my mind later when I got home that evening - so were listening to the news crews of our local station relaying the scatty information they were getting. For some reason, both my boss and myself began to eventually realise what we were listening to was something really important, something which needed us to stop what we had been doing so that we could take in what we were hearing.

As the 2nd plane hit I remember saying "oh my god, this will see us going to war; whoever has done this has just declared war on the USA. We could be about to enter WW3". I genuinely believed that too. Thankfully the war I was imagining never happened, at least not on our shores; I'm sure those overseas who we invaded on behalf of the US whilst they conducted their own invasions, felt like their world was ending.

Then I remembered a friend of mine, a flight attendant, the one who had organised mine and my friends trip to NYC the year before, was there; she was meant to be staying in lower Manhattan and had told us the previous evening she had plans to take a new steward on her flight for breakfast at the WTC that morning. She would have been there when the planes hit. Immediately I called her brother, my closest male friend from early childhood to check whether he knew if she had gone, or if he had heard from her. As I'm sure you can imagine he was distraught, was watching images on TV of what was happening, and as far as he was aware his sister was inside one of those buildings. It was 2am the following morning before he finally called to let me know she'd been in touch; it had taken her all that time to get a phone reception. As luck would have it there had been a problem with the hotel they should have been staying in so they had been moved to one on Long Island, and having had a night out with the crew the evening before, her and the new steward had decided to breakfast in their hotel and were going to lunch in the city.

After reports came through that the Pentagon had been hit, my boss told me to leave, letting me go home early; for the first time in all the years I'd known her she closed the shop up before the official closing time. She went home too.

I was driving as the first tower came down; I'd switched the radio on before even starting the car. I got home, I walked indoors, made my way to the living room where I saw my Mum, sitting in her chair, staring at the TV as though she was in some kind of trance. She didn't even look up as I walked in, however, she did say to me "have you seen what's going on in New York?". She never once took her eyes from the screen. I said that I had and was waiting on news that my friends sister was ok. Mum knew the girl, the family, and said to me "if she was there, the chances are she's going to have been killed; one of the towers has just collapsed whilst I was watching. I've never seen anything like it".

I sat in my chair across the room from her, the news was showing a replay of the South Tower collapsing. My brain wasn't able to compute and register what I was seeing. Then they showed a montage of the moments the planes had first hit and I got to see what I had been listening to on the radio. I think like everyone in the world who was watching it was beyond all comprehension. I kept watching for the rest of the evening, through the night and into the early hours of the following morning, right up until the moment I got the call to say my friends sister was ok. There was so much speculation about how it happened, who had done it, was somewhere else about to be hit. Planes were grounded but there were already some still in the sky. There were reports fighter jets had shot some planes down. So many different and conflicting stories. Yet all the while those harrowing images of the towers being hit, then crumbling to the ground were being replayed; over, and over, and over again, and not matter how hard I tried to look away, I could not stop myself from watching.

I'd like to say that the final outcome of what happened has made the world a better place, that those people didn't die for nothing; sadly I cannot say that, for the world is as much of dangerous place now as it was then, in fact probably more so. 9/11 won't ever happen again but I am pretty sure at some point in the future someone will come up with something that will shock us, shake us to our core. What those people who plan such atrocities and carry them out forget is that they don't win, they will never win for we will always pick ourselves up, dust ourselves off and get-on-with-it. What we must never do though is forget; we owe it to those people who put their life on the line 20 years ago, to those who have laid down their lives that day, to never forget them. We cannot let them have died in vain. 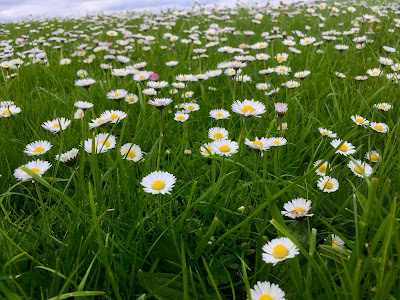