Whenever asked the question: Do you believe in god?  The answer was, and still is, NO.

My answer regarding alien life hasn't changed either; I do not believe we are alone in the universe. For the rest of the questions though, I now answer: no, not really, with the exception of de ja vu, although as you will see if you continue reading, I have a theory relating to this.

Part of this change was down to completing a paranormal investigation course. This taught me to ask questions, look for logical reasons; part of it was because I was sitting one day, thinking about my family tree, when an idea/theory struck me, and now it all makes perfect sense to me.

A ex-friend of mine had a theory that ghosts were part of a time slip, and this made sense to me to (at least, he tried to lead me to believe it was his; turns out it was Albert Einstein who came up with it - nothing like taking advantage of an unread person!! thank goodness he's no longer part of my life). We, the people, however, have created time, and it is relevant only to an individual at any one moment. To me, today, an hour is feeling like 10 minutes. To someone sitting in a hospital bed, that hour could feel like 3. To a child waiting to go on a holiday to Disney, it could feel like a day. Each year we are able to manipulate it - the clocks going back-and-forth; also, every now-and-then, GMT is held up for 1 second, so time, really is irrelevant, in the grand-scheme-of-things. It is a man-made creation. Something invented to make life easier to understand, to give us all some kind of structure, so having bends in those times is a perfectly acceptable, and sensible, idea. He believed that when a bend happens, we can appear in the past, and people from the past can appear in the future (appear to us). We believe we are seeing a ghost, as, I expect, do the people from the past. This could also be how some people claim to have been able to see into the future. Most of these sightings don't last for long, but they last long enough to convince the people witnessing them that they have been visited by someone 'other worldly'. I think this is also why children can have 'imaginary friends', who, for the record I don't believe are imaginary at all. However, because a child has no concept of time, it would be far easier for them to encounter (and deal with) a time slip (or bend) than for those of us who have been conditioned to dispel as we get older. I believe this is why so many children appear to have a 'psychic' sense too. 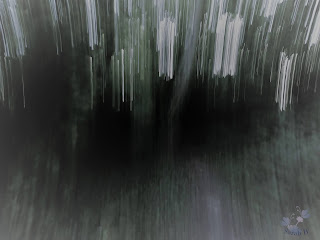 Then, there is the Stonewall Theory (now called the Stone Tape Theory - I'm sure one day we'll have to change it to Stone Streaming Theory!!). This one also makes good sense; let's face it, often people in old buildings will see things, the same things, repeated time-and-time again. Surely, if such a thing as a ghost existed, they would be able to move about freely? Yet, so many ghost sightings are different people, on different days, in different years, seeing the same thing that someone else has seen. This fits in with a bend in time, and the stonewall theory perfectly. All those people are seeing is a visual replay of something that has happened.

Don't get me wrong; I have seen things, many times, but I think now, either of the above theories are the reason why. I either entered a time slip for a second (or more) or was in an area where stonewalling is prevalent. Let's face it, anyone of us who has seen something, normally only see the most fleeting of glimpses. Whilst sometimes, it may appear as though you are interacting with them for ages, in reality, it's probably only really a matter of seconds.

Sometimes, dare I say it?, they are even down to our own imagination. We may catch sight of something (corner-of-the-eye) that we aren't sure of, so our brains translate it for us into the most logical of images that we can make some kind of sense of it.

Now, let's get onto the Ghost; DNA, which actually isn't ghostly at all - I just wasn't sure how else to title it!! I guess I should have called it De Ja Vu: DNA, but ghosts grab more attention, and as an attention seeker (why else would I sit here writing this if I wasn't?) I want the headline which is going to give me the most readers. This also relates to those people who have never been somewhere, yet know exactly where they are, or children who claim to have lived before (and adults I guess who believe they have been reincarnated). I don't (for one second) now believe that they have lived before; at all. What I do believe in though, is their DNA: their genetic makeup. Let me explain.

We are all created (not by god) but by our parents; the male sperm, the female egg. Even those of us who may have been created in a test tube will still have a female egg and male sperm (unless, of course, you are a clone!). As a result you have your own DNA, but you also inherit a little of your parents. As they have inherited their parents, it stands-to-reason, that we too, may also have a little of them in us, and so it can go on. Who's to say we don't have just one tiny molecule of DNA we have inherited from a 30 times great-grandparent? It only needs to be the tiniest of pieces, but if it's from them, and now in us, then surely there is a chance at some point we could be somewhere they visited in their lifetime, and that's how we know we've been there before. I'm not sure how it works exactly, even the best scientists in the world can't tell us how the human mind works, but something, somewhere, triggers that memory (or moment) in that tiniest piece of DNA you have, and to you it feels like your memory (because you/we know no different) and yet, it's not yours at all, but that of an ancestor of yours.

I've experienced it myself before. As a child (around the age of 6 or 7 - before my brother was born at my age of 8) I visited Banbury in Oxfordshire with my parents. I had never been there before, yet when we arrived at a certain point I felt I had been there; I recognised buildings. How could that be? It's not a place I had been taught about at school (I was still in Juniors/Middle School then - we didn't study geography at that point). My Dad said "right, let's see if we can find somewhere to get a cuppa and slice of cake". I then told him about a lovely little shop that sold the best homemade cakes, and explained exactly how we needed to get there. My parents were great, understood I was a little 'wacky' at times, and so followed my directions, which lead us straight to the shop I had told them about; the shop I had seen and visited before. The shop which had been trading for over 50 years and hadn't changed that much at all (bear in mind, I visited in the 1970's - things/buildings and the way things were made back then didn't really change much; it's only in the past 20 years with all our modern gadgets that we've changed how we make things, and modernised our buildings). For years this experience baffled me. How did I know it was there? How had I seen it before? Then, when my DNA theory popped into my head, it all made perfect sense. You see, my Maternal side of the family were born and raised in a place called Burford, in Oxfordshire, which is less than 25 miles from Banbury. Could it be that a relation of mine, someone who I share my DNA with, had visited Banbury, and the cake shop, and my being there triggered that small DNA molecule which meant I knew where I needed to be?

Another experience I had once (which wasn't de ja vu as I didn't feel I'd been there before) took place in Burford, roughly 12 years ago. Long after my Banbury experience (when, for the record, I knew nothing about my family growing up in Burford; I believed them all to be from Newbury in Berkshire). 15 years ago my brother started to research our family tree (most interesting it all is, too). That's when he found out about everyone in Burford, and for some reason a woman called Emily stirred something within me. One Sunday I took my Mum and we headed off to meet my brother in Burford (first time either of us had ever been). At the entrance to the church my brother said to me "ok weird one" tell me where Emily is buried then. I stood at the side entrance to the grounds, having never been there before, or having seen any kind of layout plan to the place, and directed him (in one go) straight to Emily's grave.  How was I able to do that if I'd never been there before? My great grandfather was her 1st cousin; she died when my Nan was in her early 20's. As the family all lived within walking distance of each other, and in those days families included immediate (as well as) distant cousins, it stands to reason that my Nan went to her funeral. My Mum was born 12 years after this, has my Nan's DNA in her, as do I. Emily's parents are in the same cemetery but they have no headstone and the parish records were all but destroyed so there is no record of where they were buried, but I found myself drawn to one particular spot (under a tree) and am convinced (even to this day) that they are buried there. Had I been there before? Or was I picking up on a residual memory from my grandmother and great grandfather, whose DNA flows through my veins? 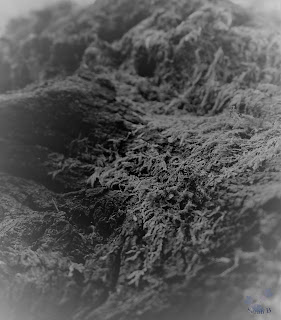 I've lost so many people in my life I would dearly love to believe they have the ability to come back , visit us, let us know they are safe, but sadly, I am unable to. Nothing (as yet) has ever proved to me it's possible and the older I get, the more I realise there are many more plausible reasons why we see/here/know things.
aliens boston burford dna ghosts mystic oxfordshire psychic reincarnation sarah bradbury stonewall theory