I'm not entirely sure what constitutes a mid-life crisis.

Today, I have a birthday - yay, Happy Birthday to me. Techinically I am now considered "middle-aged" whatever that really means; I don't feel middle anything.

According to Wikipedia it's "a transition of identity and self-confidence that can occur in middle-aged individuals, typically 45–64 years old". Hmmmm... I fall into this bracket (possibly) and in the past few years I've found a new confidence I never knew I had, I've gone (am going) through a transition of my identity - shit, it's happening, I'm having a mid-life crisis (although I can honestly say I always thought a crsis was a bad thing; I'm not getting that feeling).

Maybe it's not that at all though, maybe it's something more than that.

Could it be down to the "7 year cycle/itch?" (I'd link you to a source for it but there are so many with such different ranging theories I'll let you draw your own conclusion). I am literally at the very end of a 7 year period, fastly (way-too-fast) entering my next cycle. Looking back I can honestly say that a lot of my life changes have happened around the ends/beginnings of these cycles. Aged 7/8 (one ending, another beginning) wasn't all bad and life was good (as it can be for a girl who was being violently bullied on a daily basis). Aged 14/15 was the best times of my life (so far). 1985 (the year I turned 15) was the single best year I've ever experienced (odd though for that was also the year I first lost someone I loved a great day - my wonderful Nanny died just 4 days before my 15th birthday). 21/22 not quite so, but I was dealing with my Dad dying around this time so think I can be forgiven for it. Actually, the 28/29, 35/36 and 42/43 cycles weren't as good as they could have been, but I honestly can still see a pattern of change in my life and circumstances around these times. Here I am, now, on the edge of my next and my goodness the difference in me genuinely surprises me, and I'm the one living/experiencing it. At this exact moment-in-time I have never felt so in charge of my own life and destiny; I've never felt so empowered or so confident. I feel like I could take on the world. My whole mindset and attitude to every-single-aspect of life has changed. I'm about to enter my next cycle as the woman I always wanted to be, but was never brave enough to allow myself to be. It's a wonderful feeling, but I don't think it's the "itch" that's causing it.

So, that strikes off a 'crisis' and 'itch'. What does that leave?

It's far more simple than any of the theories/ideas above (or the hundreds-of-thousands which can be found on the internet). No, I haven't found god!! It's to do with death - plain-and-simple. I am mortal, at some point (I don't plan on it occuring until I am at least 96) I am going to die. We are all going to die, and when I do I don't want to sit on that cloud with a single regret about how I have lived my life, and what I have/haven't done with it.

I share my birthday with .... the Titanic sinking...!! Abraham Lincoln dying (both of these events began the evening before). The horrendous deaths at Hillsborough occured; 96 football fans out for a day in which they hoped to be singing on their way home, who never made it home. Then there were some pretty famous people born on the day - Leonardo Da Vinci, Adrian Cadbury (boy, do we owe him a word of "Thanks"; where would we be without Cadbury Buttons? Actually, my Nanny worked in the factory up in Brum back-in-the-day; she had a job thanks to him). Emma Thompson (who could ever forget the scene in Sense and Sensibility when Hugh Grant proposes - the Vicar of Dibley version is even better but the BBC have banned it from youtube). However, this year, on this day I turn 32 (ok, ok, I'm really turning 49 - yes. I know I don't look it which is why 32 sounds so much better!!).

Aside from how quickly my life has whizzed through to get to this point (I never understood older people telling me "as you get older the years fly by so make the most of them while you are young" until I hit 25... I totally believe and understand now) 49 is the age my Dad was when he died, and for some reason I cannot get my head around that. Not because I believe I am going to die (as I've said above I plan on making it to at least 96) but because I am still so young, have so much to live for, so much I want to do with my life, so many places I want to see. I've realised I've reached this point (age) and am living in the same way my Dad did (day-to-day) working all the hours I can, just to be able to afford to pay bills I don't really have much control over unless I sit in the dark and eat raw food. He planned on living until he was an old man; he planned on doing things with his life when he retired. He never got the chance; he died while still so full of life and promise. I don't want my life to end still working all the hours, still dreaming of doing things. That's why when I recieved the money I got at the end of last year, instead of paying off my debts (which I really should have done) I booked a cruise. It's on my bucket list, I'm ticking it off. My Dad never got the chance too (my best friend never either). I don't want someone else to complete it for me. It's my list, not theirs.

I never thought something which happened 26 years (and 2 days) ago (still feels like yesterday) could have such a massive impact on my life now. A different decade, a different century, yet still affecting how I live my life; this time though, in a positive way. My Dad never made it to 50; not only will I make it, I shall celebrate it (when it arrives; not too quickly I hope for I have many things I wish to enjoy this year) and I shall look back on this phase of my life as one-of-the-best. I owe it to my Dad to live on for him; to go out and enjoy the life I have, for he never got the chance to.

Mid-life crisis? No. New Phase? Definitely. A way to honour my Dad? Abso-bloody-lutely. I  was dreading today arriving at first; figured it was going to be hard, yet when I awakened this morning it all made perfect sense to me. From this day forward I shall embrace life with all it throws at me (good (and bad)). We get one shot at it; this is not a dress rehearsal.

BRING IT ON I say. 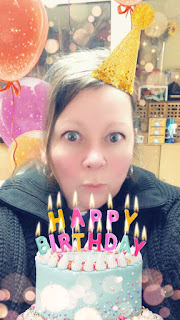 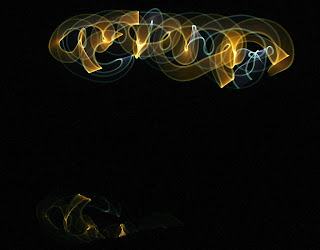